Reducing Child Mortality is the goal to reduce the death rate by two thirds of the children under the age of five. More than 10 million children die each year from preventable illness. The main illnesses are HIV/AIDS, malaria, diarrhea, pneumonia, measles and acute respiratory infections. 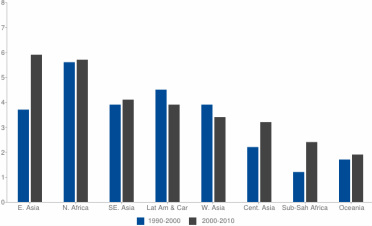 Mortality rates for children under five have dropped by 15% since 1990. Five in nine developing regions have reduced the under-five mortality rate by 50%. In 20 years, the number of deaths in children under the age of 5 decreased from 12.4 million.At our current rate the world will not achieve this goal by 2015.
What Needs to be Done:
- Access to reproductive health care needs to be expanded.
-Distribute vitamin supplements into countries without functioning healthcare systems.
-Access to clean water and sanitation is needed to reduce occurring cases of diarrhea
- Distribute insecticide-treated nets to families in high area  risk for malaria and make sure nets are retreated each year.
-Increase the number of health care providers in undeserved populations, particularly rural countries. 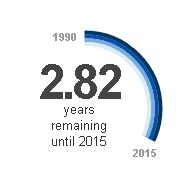 Quick Facts
Projects: One youth project that was made to help with this goal is called Infant Mortality Youth Project by the Saskatchewan Prevention Institute. The prevention Institute was formed in 1980 and is the only one in Canada. Prevention programs and services are provided to parents, future parents, students, professionals, community groups, and general public. With this project you will help to develop a new prevention activity through the use of social media, campaigns, educational resources, information sessions or interactive courses.

Visit articles and learn more at...